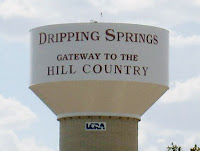 We cannot afford to see a repeat of what happened in Minnesota just a few short years ago.
Posted by ron kemp at 12:47 PM 6 comments: