The Importance of Gay Role Models

For as long as I can remember, I've strongly held that the world would benefit greatly from every LGBT person coming out of the closet.  Such an action would serve two very positive purposes:  1.)  it would show the world, a world that tends to minimize those of us who are LGBT, that we are solid, contributing citizens of our society who needs, and deserves, to be recognized as such; and, 2.) it could potentially save young lives by providing some of the struggling, young LGBT youth positive, strong, and gay role models. 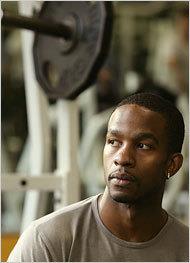 This week, former NFL player Wade Davis announced he is gay.  Granted, Davis never played a single down on an NFL field.  That was because of injuries, not due to lack of talent.  And, certainly not from a lack of effort.  He tells a story of what it was like to be gay, open only to himself, in an NFL locker room.  Imagine the impact that an openly gay athlete would have on a growing-but-struggling LGBT teen boy.  The message that boy would get would be "you're fine just the way you are, you can do whatever it is in life you want to do, and I'm proof that it truly will get better."  That's potentially life-saving.  How many of these young LGBT teens have given up hope and taken their lives because of a sense of hopelessness?  Their vision of the world is tainted by the extreme bullying they received constantly because of who they are.  They're told, in one form or another, that their life is a non-factor.  Or, as one recent anti-gay group put it on their website, "It Gets Worse"!  Even more troubling, they don't have many role models to look to and say, "that's what I want to do when I grow up." 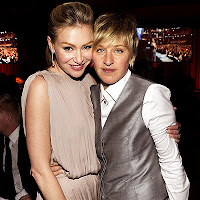 Imagine how many young, LGBT girls Ellen DeGeneres has positively impacted.
We're living in a very unique time right now.  The march towards equality for the LGBT community may be slow, sometimes seemingly snail-paced, but it's steady.  Why else do you think we're witnessing unprecedented lashing out from the other side?  To them, they're fighting for their moral (?) lives.  And, they fully understand that the fight is much harder than they ever imagined it would be.  For us, the members of the LGBT community and our supporters, we're also fighting for our lives.  We're fighting for the right to just exist happily without having to deal with "them" imposing their misguided and often ridiculous "morality" on us.
We're also fighting for our youth.  With 9 out of 10 LGBT teen reporting having been bullied at school, 90%!!!, and with the suicide rate amongst LGBT teens skyrocketing, we're fighting fiercely to end that trend.  We end that trend by making them realize that they do have a place in this world.  We end it by letting them know, not by mere words but by example as well, that it really, truly will get better.  We end it by showing them role models of people who, like them, grew up gay, knew it early on in life, dealt with the ridiculously mindnumbing abuse that we sometimes must endure, yet made it through and are now living happy, productive, and promising lives.
To get to that point, however, we need more and more people, like Wade Davis, to step forward and be that example.  I'm not naive.  I fully understand that, in some cases, coming out of the closet would amount to professional suicide.  Imagine, a LeBron James coming out!  Or, a Bill O'Reilly.  Or...pick a name.  You get my point.  However, it's that very culture, that unforgiving mindset that we're working tirelessly to interrupt and, eventually, change.  It's going to take a lot more work.  It's going to take more people, like Wade Davis, stepping up and coming out as who they really are.  In some cases, I understand that that's a hard thing to do.  I get it.  But, it's so incredibly important.  Our LGBT youth are counting on us, the LGBT adults, our friends and families, and our supporters.  In too many cases, lives are depending on it.
I can't think of any better reason than that.
Posted by ron kemp at 3:41 PM 4 comments: