It's August 24, 2012.  The new school year is just barely underway, and here we are:  already saying goodbye to the second known student lost to suicide so far this school year.  Noah Grawemeyer was only 12 years old.  He had just started seventh grade at Hazelwood Middle School in New Albany, Indiana.  According to his mother, he didn't want to go to school Monday: 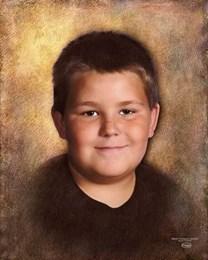 “He was sick to his stomach, and he just was so upset when I talked to him and crying that he didn't want to go to school, and I didn't understand why he was crying not to..."

Police in New Albany are investigating whether or not there was bullying involved.  Same ol', same ol'.  Undoubtedly, their conclusion will be one that we've heard many, many, too many times before:  "Our investigation has concluded that bullying was not an issue... ."  And, that leaves Noah's distraught family and friends in anguish.  I'm certain that, on a core level, whether or not he was pushed to suicide due to bullying pales, by comparison, to the fact that he's gone.  Rightly so.  No parent or family member should ever have to go through the debilitating loss of a child to suicide.

On the other side of the coin, it is August 2012.  I refuse to believe that there's a single person alive today, and of reasonable intelligence, who doesn't know that there's an enormous problem today with bullying and teen suicides.  There's literally no place in the media a person can go and not hear stories of bullying and of teen suicides.  It's in the newspapers for people who still read them; it's on the news channels and talk shows for those who watch television; it's on the Internet for those who spend most of their time there.  It's an unavoidable issue.  The stories are there.  The faces are there.  The broken families are there.  The lawmakers are there vowing new legislation.  So, with all of this in place, how is it that we're barely into the new school year and, already!, we're facing teen suicides due to bullying?  Where is the ball being dropped?  And, make no mistake:  the ball is clearly being dropped.  Do we wait until this affects us directly before we get involved?  Do we continue to not educate our own young ones about the value of acceptance until we're face-to-face with the horror of the loss of our own child or teenager due to bullying and suicide?  Do we continue to make our posters - "No More Bullying!!!"; "Bullying Stops Here!!" - march them around town while we wait for someone else to roll up their sleeves and get busy working for a solution?  Or, do we look at this as what it is:  a scourge in our society; an epidemic that is claiming many lives year after year; something that is totally controllable and avoidable?  Once enough people begin to look at this for what it really is and feel in their heart that it has to stop before one more family has to go through what the Grawemeyers are currently going through, we'll start seeing real changes.

There are resources available, numbers that can be called, websites, and help pages.

Enough is Enough: the blog page

There's been a facebook page set up in Noah's memory.  You can go there and give your condolences to the family.  And, to you, young Noah, you're at peace, now.  No more bullying.
Posted by ron kemp at 6:15 PM 17 comments: 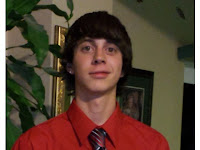 After just the second day of his senior year, 17-year-old Devin Scott, in Colorado Springs, ended his own life.  It has not been confirmed, yet, that bullying was a factor.  And, there are no indications that Devin was an LGBT teen.
Although bullying hasn't been officially named as the culprit, there is plenty of proof that says otherwise.  It is documented that there was a minor scuffle at Vista Ridge High School that resulted in the person Devin had the run-in with wanting to fight him.  In fact, somewhere between 30-50 people showed up at his house wanting to see the fight.  And, despite the fact that these people pounded on his door and taunted him from outside, no fight materialized.  The assault then continued online, on his facebook account.  According to his mother, Devin disabled his facebook account several times during the summer vacation because of constant cyberbullying.  Angel Bradley, Devin's mother said:

"That's why we're talking about it. This is difficult for me to be talking about this on the day of my son's funeral, but I think awareness needs to be out there. Somebody needs to hear the story so that another family doesn't have to go through this."

A lot is being done to make this year different.  Better.  A lot more needs to be done, obviously.
There is an ever-growing sea of people and organizations working tirelessly in an effort to bring awareness to the bullying issue and try to bring it to an end.  Obviously, none of it was able to save the life of Devin Scott.  However, in his honor, it's time right now, while the school year is in its infancy to redouble our efforts, to work even harder and more focused in our effort to bring the bullying scourge to a screeching halt and work towards greatly reducing the number of teen suicides.  The State of Colorado has an anti-bullying law in effect for all of their schools.  However, having laws on the books is meaningless without more action being taken.  I'm convinced, after seeing this all unfold during the last school year, that it's going to take the efforts of many ordinary people - families, friends, neighbors, concerned citizens - to accomplish our goal.  And, accomplishing this goal is a must.
There are organizations online as well as suicide prevention lifelines.  We should all strive to have this information memorized.  We never know when we're going to need it!
Enough is Enough: the blog page
Suicide Prevention Lifeline
The Trevor Project
Befrienders Worldwide
Devin Scott would've turned 18 on August 20th.  This was his senior year of high school.  He was on the brink of life getting better for him.  Rest in peace, Devin.
Posted by ron kemp at 10:04 AM 15 comments: