I am at an utter loss for words.  A year ago this time, no one could've ever convinced me that I would be writing about a 7-year-old boy who committed suicide.  Yet, that's the report coming from Detroit, MI. 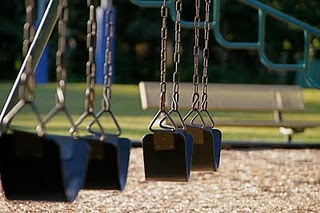 I don't even know how to begin writing about a 7-year-old who's committed suicide.  I'm still having a hard time wrapping my brain around the idea of a 7-year-old committing suicide.
According to early reports, the unnamed boy was distraught over the recent separation of his parents, with his father being gone from the home.  He was also reportedly being "continuously" bullied by students at school.  If my math is right, 7-years-old is second grade.  Second grade for me was Brighton Elementary, stickball in the field beside my aunt's house, riding my bicycle up and down Potomac Ave, and just enjoying being a young kid.  I cannot honest even remember knowing what the word suicide meant; therefore, I certainly wouldn't have understood how to successfully complete one.  We, as a society, are in a very bad place when 7-year-olds are even thinking about ending their lives.
Where do we begin?  This event screams for attention.  If the suicide of a 7-year-old, a 7-year-old whose mother has already stated that he had been "continuously bullied", doesn't make everyone, and I do mean everyone, sit up and take notice, then the problem is far more entrenched than any of us ever imagined.  Obviously, at age 7, we will not even begin to speculate over the "why" the bullying was occurring in the first place.  What matters is that it was occurring.  What matters is that, at age 7, he felt it was too much to handle.  That should be all we need to know.
I've seen far too many cases where a victim of bullying has stated clearly that "nothing was done" when the incidents were reported.  I've heard parents state the same thing far too often.  On the facebook blog page, I hear from both victims and parents of victims who say the same thing.  Over and over.  I'm going to state something that should, by now, be painfully obvious:  we're allowing this to continue.
We're allowing this to continue because, although more and more people are getting involved and making sure their voices are being heard, we're not demanding immediate and definitive action.  We're allowing this to continue by allowing "them" to continue to sweep it all under the carpet and hope it goes away.  Meanwhile, kids are dying at their own hands.
Let the suicide of this very young person be the wake-up call that's sorely needed.  If nothing changes, nothing changes.  That's not acceptable.  Let's send lots of love and support to the family of this 7-year-old yet-to-be-named child.  Imagine for a minute, if you can, the sheer agony they are going through right now.
Valuable Resources to help end teen (and, pre-teen) suicide:
Befrienders
Suicide Support
Suicide Prevention Lifeline
The Trevor Project
Posted by ron kemp at 11:58 AM 12 comments: