This story has caught fire across the Internet, and for good reason.  Here's the blunt, honest truth about what's going on in our culture today:  With the momentum that the LGBT community has picked up in its fight for equality, the far-right has declared war on everyone who falls under that umbrella.  The latest example of that is a North Carolina pastor, Charles Worley.  The head of the Providence Road Baptist Church made a statement that should be viewed as dangerous, if not criminal:


“I figured a way to get rid of all the lesbians and queers,” he says.
“Build a great, big, large fence — 150- or 100-mile long — put all the lesbians in there . . . do the same thing for the queers and the homosexuals, and have that fence electrified so they can’t get out.
“Feed ’em, and you know what?” Worley continues. “In a few years they’ll die. Do you know why? They can’t reproduce.”

Now, before any naysayers get riled up and leave comments about free speech, save it.  Rest assured that free speech has nothing to do with hate speech.  When a person publicly calls for the death a person, that's not free speech;  that's hate speech.  And, it's criminal.  In "pastor" Worley's case, he called for the death of an entire segment of our population!  That's NOT free speech:  that's hate speech!!  That's called genocide.  Pastor Charles Worley is calling for the genocide of all LGBT people in this country.  That cannot be tolerated. 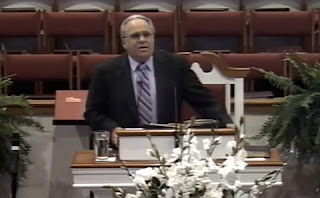 For a human being to call for the extermination of another human being is reprehensible, to be sure.  For a human being to call for the extermination of an entire group of people is Hitler-esque, to say the least.  For a person of power and influence, a so-called "man of God"!, to call for the mass murder of a group of people in front of his congregation is irresponsible, dangerous, and (should be) criminal.
It's the knowing that people of this mentality not only exist in our society but hold positions of great power and influence that continues to fuel the bullying of LGBT teens in schools and online; it's the reason why those who do the bullying feel sanctioned in their actions.  It's a dangerously vicious cycle that demands immediate attention and firm action.
Petitions are already up and running online to combat this tyrant.  At the very least, it is this author's belief that he should be forced to step down from "ministering" the congregation at Providence Road Baptist Church.  Further, he shouldn't be allowed to minister at all, anywhere, ever again.
Look, this blog has nearly 15,000 direct followers, either as members on the facebook blog page or as subscribers to it.  Yet, only 10% or less read it on a daily basis.  Even less actually get involved when the whistle blows.  I get it:  in any arena, there are people on the field and in the game; and, there are spectators.  I get that.  However, this is an urgent call to action!  This article needs to be read and heavily circulated.  Even more importantly, the petitions need to be signed.  Being a spectator to the call for genocide shouldn't be an option for anyone.  Understanding that "they" are officially declaring war on the entire LGBT community is vital at this point in time.
History will view people like Charles Worley through the same lenses that other historical tyrants are viewed.  He's no less evil or dangerous, at least in his thought process, than Hitler.  However, "history" connotes future eyes looking back over time.  Right here and now, we're in that time.  Lives are at stake, in the here and now, like never before.  When religious and political "leaders" begin to speak out and call for the death of an entire cultural group, it needs to be understood that they are essentially declaring war on said people.
It's time for everyone to understand the urgency of the situation and get involved.  Here are the petitions to sign:
First, Charles Worley needs to step down as pastor of Providence Baptist Church:
Petition the North Carolina AND US Attorney General to take action:
Whether you're gay or straight or anything in between, sign these petitions!!  If nothing else, do it for Harvey Milk.  He would've gone to bat for you.
Posted by ron kemp at 12:42 PM 49 comments:

Secretly, I always tried to keep up with gay-related news stories when I was young.  With no electronic media in those days, following national gay-related events was challenging, to say the least.  I remember hearing about someone in San Francisco becoming the first openly gay elected official.  Of course San Francisco.  Here on the East Coast of the U.S., people are trained to believe that that beautiful City by the Bay is nothing more than a haven for gays.  Like everyone there runs around in pink tutus, spreading fairy dust everywhere they go.  People are strange. 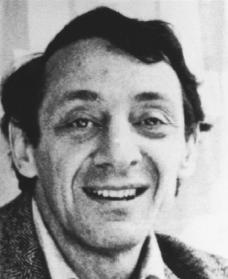 Harvey Milk was his name.  I locked that name into my memory bank, even as a young man.  Even as a 20-year-old, I believed that more gays should become visible for who they were and the contributions they had to offer.  Harvey Milk was a validation.  In fact, we shared that same philosophy.

On his third attempt, Harvey was elected to the San Francisco Board of Supervisors.  The effects of his presence had national impact.  Amongst the things he championed in a city where the misinformed thought was a gay paradise, Milk fought against discrimination against gays and lesbians in the workplace and housing market.  He won.  He fought for gays and lesbians to be hired as police officers in the City.  He won.  And, the fought the state senate in their effort to ban gays and lesbians from being teachers in California's school systems.  He won.

On November 27, 1978, after temporarily losing his sanity from eating too many Twinkies, former city Supervisor Dan White shot and killed both Harvey Milk and San Francisco then-Mayor, George Moscone.  Three-thousand miles away, this 21-year-old heard the news and cried.  Even without the instant access to news that we have today via the Internet and 24/7 cable news, I knew instinctively that Harvey had been assassinated because he was, in fact, a gay man.  A gay man who tried to stand up and make a difference.  In 1978, that was unheard of. 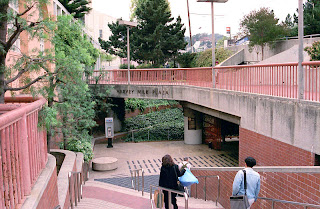 In 1986, I arrived in San Francisco.  A new beginning.  Until then, my world had consisted only of Maryland and Virginia.  As a 27-year-old, wide-eyed openly gay man, I soaked in all of what this paradise had to offer.  One of the first things I had to do was visit The Castro.  Harvey's old stomping ground.  As I got off of the underground transit, MUNI, I walked out into Harvey Milk Plaza.  And, I was frozen in time.  There I stood, on the hallowed grounds where, less than a decade before, Harvey Milk launched a brilliant, if too short, political career.


Harvey did much more than fight for gay rights.  As he saw it, gay rights was just another cog in the wheel of human rights.  Basic human rights that, still today, we still fight to achieve.  Harvey Milk worked hard for changes in education, transportation, low-income housing, and more.  He was truly a politician for the people.  As it should be.  His life, and his promising political career, may have been cut short at the hands of former supervisor Dan White.  His legacy, however, will live forever.  In San Francisco.  In California.  And, around the country within the LGBT community.  On this day, we celebrate the life and times of Harvey Milk.  Happy 82nd birthday.  Oh, and thank you for your contributions. 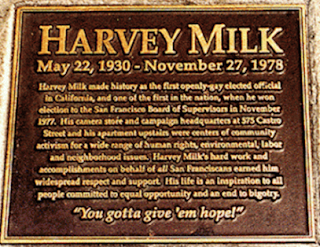