"It Gets Worse" and "The Gay Agenda"

When one is backed into a corner, the natural animalistic tendency is to attack. In such cases, it's perceived as a life-or-death situation on one level or another. We're seeing that now. And, they are swinging with everything they have. Make no mistake: this battle for equality and what's right will get much more heated before we start seeing solid changes. They're making it woefully obvious that they're not going down without a fight. To wit, in addition to some of the headlines we've been seeing in the past week alone, these are some of the other tactics they've been using:
The first thought that crossed my mind when I read this, and the Jett and Jahn piece as well, was "these people are seriously disturbed". Then, I realized that "these people" are rallying their troops for what is promising to be one hell of a fight for equality on all levels. At the same time, I found it not only important but imperative for the LGBT community and its supporters as a united whole to work quickly and diligently to dispel all of this garbage they're spewing out as truths.

As for the Jett and Jahn piece, in their effort to brainwash young LGBT people, they offer up this counter to Dan Savage's "It Gets Better" campaign:


Scientific studies show:
They typically don’t have faithful, monogamous relationships
They are more likely to be abused by their partner
They have higher rates of STD’s (including HIV/AIDS)
They are physically unable to conceive children
If they do adopt, their child grows up without a mother or father

"They are more likely to be abused by their partner". All I'll say to that is "O. J. Simpson". 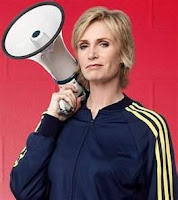 Even more disturbing than Jett and Jahn's ridiculous diatribe is the blog "The Gay Agenda Infects Rochester Schools". If this person is presenting these amazingly falsified "facts" as truths, we have an enormous problem. It's precisely this kind of propaganda that fuels the bullying epidemic we're seeing in schools all across the country and around the world.

I'm not even going to spend valuable time attempting to repeat anything I read in this blog; however, I strongly suggest that every single person who reads THIS blog, Enough is Enough, click the link above and read THAT blog. If ever there was a "must-read", this is certainly it. You'll understand why once you've read it.
So, let's set the record straight right here and now:
I could go on and on. There's so much in this blog that screams to be addressed, addressed now, and addressed loudly. If they're going to start pulling out lies and propaganda in their effort to win this battle, then it is incumbent upon us to stand up, speak up, and let the world know a.) that they spew lies, plain and simple; and, b.) just exactly who we really are and what we're really about. Because, you see, at the end of the day, the reality is we're no different than anybody else. The Gay Agenda? Yeah, The Gay Agenda as I know it is to
History has taught us that the fight for equality can get ugly, even deadly, before we start seeing changes. Many, including Dr. Martin Luther King, lost their lives during the struggle. With rhetoric and unmitigated lies coming from the other side, you can bet that things are only beginning to heat up. In my opinion, the only way for them to win is for those of us who are fighting for equality, gay and straight alike, to remain silent!
Posted by ron kemp at 1:16 AM 10 comments: