The Memorial Day holiday is meant to reflect upon and honor those brave young men and women who have paid the ultimate price for our country.  That's not to be taken lightly.  Whereas we here in America still have fight amongst ourselves for freedoms that are supposedly guaranteed to us, if we didn't have these brave warriors fighting for us on the international stage, we wouldn't even have the freedoms that we do enjoy. 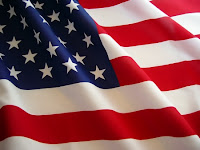 The Memorial Day holiday, for me at least, is also a time to reflect upon the far-too-many young lives we've lost in another war.  A war that's still raging.  The war against our teens, and especially our LGBT teens.  Whether it's because of suicide or from violence against them, whether they're straight or LGBT, or even perceived as LGBT, the loss of life of a young person to this war is a blackeye on the face of our society.

This is a senseless, and needless, war, to be sure.  It's a war that could end on a dime if the ones waging the war would simple learn acceptance rather than hatred and intolerance.  The losses continue at a staggering pace, and little more than lip service seems to be going on to prevent it from reoccurring.  That makes this a very deadly and dangerous war, indeed.
I remember as far back as my first year out of high school.  That was the very first time I encountered a teen suicide.  He was an underclassman, sophomore if my memory serves me right.  I didn't know him, personally.  However, a lot of my friends did.  I saw the devastating effect it had on them.  I went to the wake with them.  The devastation on his parents' faces is permanently etched into my mind.  That event changed me forever.
I remember back to my own failed suicide attempt(s).  I remember waking up in ICU and looking at the board that displayed the names of the people in my particular ward.  There were two of us.  When I saw the second name, I had to do a double take.  I knew that name.  My mind raced, even through the grogginess of the anesthesia.  I glanced over to the person in the other bed, and sure enough, it was who I thought it was.  I'd known him when he was younger: 13-14.  He was my best friend's neighbor and friends with my best friend's younger brother.  And, he was very obviously gay.  It exuded from him, even as a young teen.  Now, he was 19.  I worked up the energy to ask him, with alarm, "what are you doing here!?"  His response gave me chills.

"I'm here for the same reason you're here:  I tried to kill myself."

Even as I lied in a hospital bed recovering from my own failed suicide attempt, I was heartbroken that this young man had found life as a young LGBT teen so unbearable that he thought suicide was the only way out.  I prodded for more of an explanation.  I revealed to him that I knew when he was 13 that he was gay.  He revealed that he realized it when he was even younger.  He obliged my prodding.


"My whole family disowned me when I finally came out of the closet.  My dad said he wished I was dead.  I just couldn't handle it anymore.  I'm only 19!!, and I have no family!"

I cried with him.  And, it was there that the seeds were sown for doing something to make a difference.  Nobody should have to go through what he was going through.  No young person should have to feel that death was better than dealing with the negativity that is cast upon being gay or lesbian. 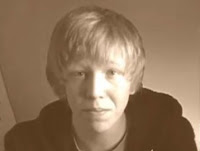 I remember, even at an earlier age, having a friend who was slightly younger than myself.  He was very flamboyantly gay, which was a white elephant back in that day.  I remember a phone conversation where he revealed to me his inner feelings:


If I could take a 'straight pill' tomorrow, I would.  Being gay is just too hard.  I'm tired of being shit on everyday.  My dad acts like I don't even exist!

Sadly, neither of them are with us today. 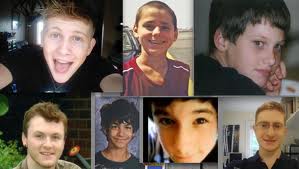 Today, we remember the hoards of young people who have lost their lives simply because a society can't find it in their hearts to accept rather than hate.  Whether their demise came from their own hands, or at the hands of someone, the result is the same:  they are all casualties of a war that should not even be being fought.

To the young men and women who gave their lives protecting our country, thank you.  We honor you today and everyday.

To the young people who's lives were cut short because of a society that made your lives unbearable, thank you for touching our lives.  We love, honor, and miss you today and every single day.