Daniel Zamudio, 24, Beaten to Death Because of Sexuality

I was just asked, on my facebook blog page "why all the gay posts?"  The fact of the matter is that there can't be enough good news, "normalized" posts and stories about the LGBT community.  Not at this point in time.  There are far too many people, in this country and around the world, who would like nothing better than to see us disappear.  Some of them would even resort to violence to achieve their goal.  Such was the case with 24-year-old Daniel Zamudio of Chile. 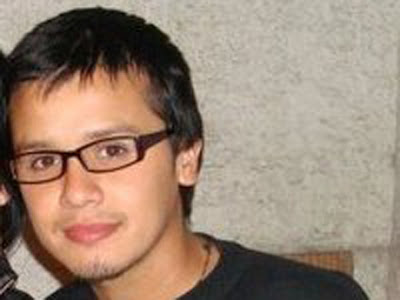 In the early morning hours of Saturday, March 3rd, Daniel was brutally attacked by a group of neo-Nazis, ranging in age from 18-25, simply because of his sexual orientation.  He sustained serious and irreversible brain damage during the attack and lied in a drug-induced coma for 3 weeks.  Tuesday night, Daniel Zamudio, succumbed to his injuries.

Chilean police have the 4 men who are allegedly responsible for this heinous crime in custody.  The level of hatred directed at Daniel was astonishing.  Amongst other things, they carved swastikas into his flesh.  Just because he was gay!!

"Why all the gay posts?"  Because, madness like this must end!  Because, hating someone on such a deep level, simply because of their sexuality!, that you're willing to mutilate them is a symptom of a contagion that's affecting the entire globe.  Because, people who are LGBT deserve to live a rich, full, and happy life just as much as their non-LGBT counterparts.  With so many people standing at the ready to humiliate and shame them, to discriminate against and minimize their worth as a human being, to inflict emotional and/or physical harm on them, sometimes to the point where it costs them their lives, I'm going to be on the front line every single day letting them - US!!! - know that we are second-class citizens to no one!

Daniel Zamudio's life should not have ended the way it did.  NO human being should ever have to endure that level of hatred and intolerance.  Ever.  Gay, straight, black, Jewish, or whatever.  It is not okay with me to know that we live in a world where what I do in the privacy of my own home, with someone I love, can get me killed!  It shouldn't be okay with anyone.  Yet, it happens.  Worse, I live in a country where we have politicians working to pass laws that condones and encourages this level of brutality against the LGBT community.  And, it will continue to happen as long as people sit on the sidelines, shake their heads, and say their dutiful "that's terrible" or "this has to stop" rather than get involved, at some level!, in bringing about a difference.