I'd announced on the facebook blog page that there were currently 5 suicides that I knew of which had occurred in the past 48 hours.  Sadly, this was one of them. 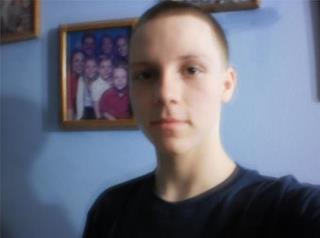 Blake to his friends and family, Peter Blake McCullers ended his life early Wednesday morning.  He was a sophomore and cheerleader at J.P. Taravella High School in Coral Springs, FL.

The first posting I read about Blake's demise specified that he had been bullied for being a male cheerleader.  In today's news article, the Broward County sheriff's office stated that their investigation has turned up no evidence of bullying.  Then again, we've heard that before and in cases where bullying was very definitely the cause.  However, Blake's sister also said:


... that her brother was not bullied or gay, and that she hopes he won't be remembered as a victim.

By all accounts, Blake was a very happy, well-loved student, friend, and family member.  Something, however, had to drive him to the point of no return.  Family and friends will now be left to wonder what, possibly for the rest of their lives.

Shawn Cerra, the principle at Blake's high school, had this observation:


"None of us had any indication that he was going through anything or having a difficult time," Cerra said, describing McCullers as friendly, confident and an unlikely target for bullies.

"Friendly".  "Confident".  "An unlikely target for bullies".  Still, something pushed Blake over the edge.


Befrienders
National Suicide Prevention Lifeline
Suicide Support
While I was playing music today, a large group of young high schoolers passed by, apparently coming from a field trip of some sort.  As they walked by, and as I looked at some of the faces, I got chills.  The reality hit me that "this is the age group I'm writing so often about".  It was a haunting reality, indeed.
Blake McCullers, I shouldn't be writing about you right now.  You should be enjoying the time of your life right now, cheering your school teams on, continuing your work towards a bright, productive life.  May you rest in peace.  To the family and friends of Blake, there are no words to express the depth of my sympathy.  May you, too, find, peace.
Posted by ron kemp at 11:22 PM 3 comments: