Let's put this on the table first and foremost:  by all accounts, from people close to the family, Ryan was not bullied.  As has become the norm as soon as word hits the social media "grapevine" of yet another teen suicide, bullying is automatically assumed to be the culprit.  That is simply not always the case.  What matters most at the end of the day is that yet another youth has taken his or her life, that another family has been devastated, that friends who were close to the deceased are left to wonder "why?". 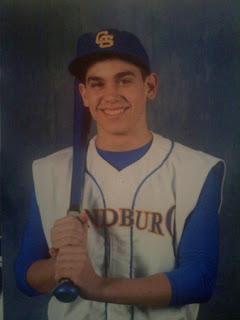 What IS known at this point is that yesterday, May 6th, 15-year-old Ryan Nash ended his young life.  What is known, also, is that he was a freshman baseball player at Carl Sandburg High School in Orland Park, Illinois.  And, sadly, what is known is that Ryan's family, friends, and, indeed, entire community are in a deep state of shock and mourning.  Everything else, at this point, is pure speculation.

What is important to realize, and reinforce, to all teens - whether you think they're struggling or not! - is that there are resources available for them at all times.  There are people for them to talk to.  Let's face it:  being a teenager is tough.  It was tough when I was a teen.  It's even moreso today with the prevalence of the social media medium in our culture.  Today, more than ever, having resourses readily available, and visible!!, for teens can be a difference of life and death.  Literally.

The deeper I delve into this whole issue of teen suicide, the more I learn.  Obviously.  And, one of the common threads has been the deadly silence.  That needs to be addressed.  We need to find a way to get the point across to all teens that if they're struggling with something - bullying, relationship issues, depression, whatever! - they need to talk to someone.  Find an adult to talk to.  If not their parents, maybe the parents of a close and trusted friend.  Maybe an aunt or uncle.  SOMEBODY!!  The biggest key is to let them know that they don't have to suffer in silence.  Silence is deadly.

In the case of Ryan Nash, by all accounts, he was a very popular young man, very well-liked, a baseball player.  His friends have been speaking up, via twitter, since Sunday's tragic event.  They speak of him with nothing but love, respect, and sadness.


Conor
Still in pain and shock ill miss you friend #RN20 never forgotten we have this eagles!

Knowing my best friend, he would be doing the same thing if anyone else were in this position #RN20

His sister has even chimed in:

The bottom line is that, for all the effort that so many people are putting in, in an effort to stem the tide of teen suicides, we're obviously not doing enough.  That means that, collectively, we all have to work harder, and faster!!, to find a solution.  It can, and must, be done.  The world is losing far, far, far too many young people to suicide.

To the family and friends of Ryan Nash, I send my deepest sympathy and condolences.  Rest in peace, Ryan.

Ryan was 10 days away from graduating from Morgantown High School.  Just 10 more days.  According to one of his schoolmates, however, the bullying at that school, from teachers and students alike, is fierce.  And, even as the light at the end of the tunnel was clearly visible, Ryan couldn't see it.  He couldn't take one more day.  Monday, April 30th, he ended his life. 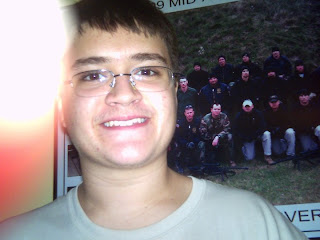 I haven't been able to find any news stories or other verifying information.  The student classmate indicated that he was bullied but didn't give a reason for it.  Here's what she posted on her tumblr blog:


Today is a sad day for me. On this day, April 30, 2012, a sweet soul lost his life.
He was a senior at Morgantown High School. He had just 10 days of his high school career left, JUST 10 days.
I was not close to him or his friend, but I saw him from time to time walking down the hallways all alone. I never took the time to stop and say, “hey!”, or “how is your day?” to him. I would just go on with what I was doing like he wasn’t searching for someone to be kind or someone to just stop and tell him he looked nice today.
I should’ve taken the time to stop what I was doing for two minutes just to ask him how he was doing or if he was having a good day. If I would’ve done that, maybe he would still be here.
I just can’t believe how hard this hit me. WHen it comes to people my own age and it’s someone you saw every single day at school, it becomes really difficult to deal with.
You can’t help but blame yourself for it happening when you know you could’ve been there for him and been a friend to him.
I’ve been asking myself so many questions and wondering if I was ever mean to him or a bully like the others were.
Bullying is a very serious issue at MHS.
The staff and students ALL do it without realizing it. They just don’t have any respect for others or themselves anymore and it’s caused so much chaos. They all need to wake up and see that this is a serious matter and that it has caused a lot of hurt for people.
If this horrible thing does not wake them up and make them see how bad it is, then I don’t know what will.
Today was the first time I’ve seen a lot of our MHS students come together and support something so much.
I hate that it came to this for him. He had so much potential and so many talents that nobody will ever get to see.
We’re all going to miss you Ryan. We will never forget you. YOu will always be in our memory, minds, hearts and souls.
We love you.

I'm convinced that this issue is not being taken nearly as seriously as it warrants.  I'll explain why I'm convinced in the next blog post.  I will say, though, that tonight's experience convinced me beyond a shadow of a doubt that the concern level isn't anywhere near where it should be for this issue of bullying.  Therein lies the lion's share of the problem.

Look, I'm not naive.  I don't think for one second that this is going to go away overnight.  Would I love to see that happen?  Well, certainly.  Rather, it's going to take a continued persistent effort from many people before we'll truly see bullying, and teen suicide, become a thing of the past.  At the same time, every single time I see another teen end their life because of it, I realize that we've still got so, so far to go.  But, as David Long put it, everything starts with one.  Please don't miss out on your chance to make a difference.  There's someone, no matter where you are in the world, who's waiting to hear you tell them that things are going to get better, that they can make it thought the overwhelming turmoil they're facing right now...that there truly are people who care about them and their lives and would do anything in this world to keep them from committing suicide.