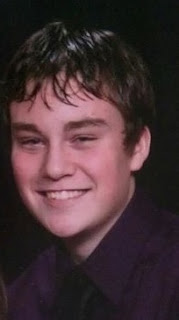 With no details about Jon Clark, I'll simply say we're in a very sad place in our society when 5 people under the age of 16 end their lives all within a 48 hour period.  Some from bullying.  Some not.  Some of them perhaps LGBT.  Some, maybe not.  It's enough to make one wonder how did we get to this place in time.  And, how do we get out of it?

Young people, here and around the world, are screaming at the top of their lungs that there's a problem with our culture as it is today.  As the numbers continue to increase, one has to wonder if their voices are truly being heard.  I've said this time and time again, but it's worth saying a million more times until someone hears it:  if this were a virus, let's say a mutant strand of the flu, that was killing young people at this same, break-neck pace, every official in the country would be frenzied to find a quick and effective solution.  More to the point, everyday Joe would be barking down these officials' necks demanding something be done right now!  And, everyday Joe would be relentless in doing so.  That same intense level of concern and action needs to be taking place right now.
I can't be the only person who finds 5 teen suicides in less that 48 hours absolutely not acceptable.  And, I'm sure I'm not.  I read the comments on the blog as well as on the facebook blog page.  Folks are heartbroken.  Folks are in an uproar!    However, these are words on pages.  And, whereas it's important to see such intense response to these posts about another young life lost, it's equally important, if not moreso!, for people to get involved in taking positive, constructive action.
Anti-bullying groups in every single school?  Well, that's a start.  I actually think that's a very sound approach.  Yet, after posting a link on the facebook blog page for exactly that type of program, in an effort to jumpstart some grassroot action, the link has only been shared three time.  Walking the walk is a bit more challenging than talking the talk.
Providing resources for, or even just having access to several different resources available, for all young people, whether you THINK they're at risk or not, so that they can have somebody, somewhere, that they can talk to rather than resorting to the one thing that can't be undone?  That's a great idea!  One thing that's always been a reality in many suicide events is that families and friends are left to wonder how they missed the signs.  Sure, in the cases of bullying, it's easy to recognize a young person who's "at risk". However, what we've seen a lot of recently has been cases where "the obvious" wasn't in play.  There was no bullying.  They weren't an LGBT teen.  They had lots of friends and family and the support of people who loved them.  Yet, they're still gone.  Perhaps, just perhaps, having resources readily available for all teens, can make a difference.  One thing for sure: it couldn't hurt.
This is an extraordinarily complex phenomena we're witnessing, and there will be no quick fix.  I assure you of that.  It's going to take a concerted effort of a lot of people to make this epidemic go away.  It's going to take many more people getting involved in forcing officials, from school officials to political officials and everyone in between, to stop sweeping this under the rug, to stop applying bandages to the gaping holes that these young people are feeling in their lives, to stop turning a blind eye to incidents of bullying.
SUICIDE PREVENTION RESOURCES:
Befrienders
National Suicide Prevention Lifeline
Trevor's Place
Suicide Support
Like I said, I don't know any of the details about what caused Jon Clark to end his young life.  We may never know.  What is known, however, is that he's gone much, much too soon.  So, once again, we say goodbye to a young person who should still be alive and enjoying the time of their life.  To the family and friends of Jonathan William Clark, you have our deepest sympathy, love, and support.
Posted by ron kemp at 11:31 PM 4 comments: