Same-Sex Marriage: A Fight to the Death

My most recent blog entry has, so far, gone largely unnoticed.  I find that frighteningly sad because of it's extreme importance.  In it, I gave reasons why this year's election is so vitally important.  It's an article that I really think every single person needs to read.  It's that important.

Only if a person lives in a bubble or under a rock would they not know that we are, as a society, in the midst of a very brutal cultural war.  This fight for equality hasn't even begun to seriously heat up, yet we're seeing and hearing some of the most amazingly mean-spirited, hate-laced rhetoric coming from the opponents camp that you could ever imagine.  I was too young to remember whether or not things became this bitter during the Civil Rights struggle of the 60s.  Smart money would say that it did.  Bigots are bigots are bigots.  Their logic is almost always "pretzel logic"; their rhetoric is always bitter and hateful; their fear is always change.

The more I read and hear from these people, the more I realize that this battle hasn't even really begun...that it's going to get much worse than what we're seeing today.  You think that's not possible?  Let me remind you of some of "their" tactics:


Forget the Christianity argument!  Their actions clearly states that they are anything but Christ-like.  They're hellbent in their ways, they're terrified of change, they're insistent on everyone living life as they see fit, they're narrow-minded, and hateful.  Most alarming, they have no problem resorting to violence if it means protecting their views. 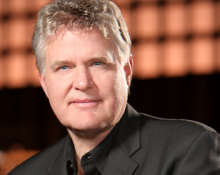 To wit, Jim Garlow spoke to a group of right-wingers, speaking out against same-sex marriage.  He closed out his speech by...

...likening those opposing marriage equality today to Revolutionary War pastors who fought the British because, just like them, these Religious Right activists are are willing declare "if necessary, here we die!"

As I've been trying to get across, in their minds they are at war.  Anyone not getting this is not paying attention.

So, who is this Jim Garlow, you ask?  Well, he's Senior pastor of Skyline Wesleyan Church in San Diego; he's the co-author of "Cracking the Di Vinci Code".  He's an accomplished man with wealth and, obviously, some clout.  And, his rhetoric is very, very dangerous.  In a different interview:


Garlow weighed in, declaring  that religious liberty and "the radical homosexual agenda" were on course for a head-on collision in America because "they cannot both exist in the same nation at the same time." As such, Garlow warned that advances in marriage equality will eventually force the Christian church underground because the gay agenda is all about "coercion, and crushing, and taking away our liberties and freedoms." But nonetheless, Garlow said, Christians must be willing to stand up and speak out in opposition even though "we are coming into an era where it could cost us everything, including our lives":

This is serious business.  We've already seen several preachers suggest death for members of the LGBT community.  We've got politicians, as recently as just yesterday!, trying to push through legislation that would essentially give people free reign to discriminate against members of the LGBT community under the guise of doing it in respect of their religious beliefs.

It's as if Bobby Griffith's story holds no value to them.  For those who are unfamiliar with his story, google it.  His mother was "one of them", to a point where it drove him to suicide.  It wasn't until after his death that she understood how very wrong she was and how much damage she did to her son.  That same damage is being done to every single LGBT youth today, either directly or indirectly.  If you don't think that this constant bombardment of broad-stroked hatred for them isn't helping to propel the already-accelerated LGBT teen suicide rate, think again.  If you don't think that their incessant nastiness isn't feeding the ones who seek out and attack members of the LGBT community, think again.  If you don't think that many of the schoolyard bullies aren't heavily influenced by what they're seeing and hearing from these people, think again!!  They have waged war against the LGBT community.  It can't be put any more simply than that.  We've all agreed that the major component to ending the bullying and teen suicides is changing the mindset of the adults.  Understanding that these people have no problem with LGBT teens being bullied and/or committing suicide is absolutely essential if we are to see any measurable change in those arenas.

So, again I ask, why IS this November's election so important?  If I have to tell you, you're not paying attention.  Or, as my mother would tell me "you're flying down the highway and not paying attention to any of the signs".  That's how crashes occur.