"This Has to Stop Now": Rachel Ehmke, 13, Bullying Suicide

She was a beautiful girl.  She was ambitious, "big dreams, big goals", says her father.  She was bullied, according to her family, for over a year.  And, now she's gone. 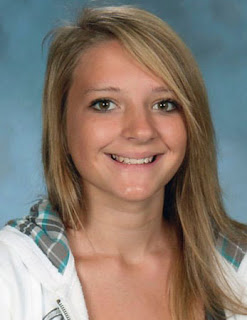 Rachel Ehmke wore a brave face.  Whenever asked about the bullying situation, she'd always say she was "fine".  She didn't want them to worry about her.  However, behind the mask of bravery was a young girl who was being torn apart by the bullying:  "Fine = I wish you knew how I really felt".  No one did.  Her family knew she was being bullied, and they did what needed to be done in response to it.  They didn't know what was going on inside of her.  She held it in.  Letting it out, and letting her amazing family know how she was really feeling would've most likely saved her life.

Older sister, Brittany, bravely spoke to a local group of concerned citizens, Community Against Bullying, about her sister.  Through her pain and tears, she painted a very powerful, poignant picture of the events that took her younger sister away from her.    Armed with the knowledge that the known bullies and their families are now being contacted and demeaned, she emphatically stated:


“We don’t want that,” Brittany said. “My sister wouldn’t want that. I know that she would not want this to keep going.”

In the end, though, she conveyed a message of grace and love.


“We just want anybody who is bullying, just to stop,” Brittany said. “I don’t care if it’s in Kasson or it’s here. I don’t really care where it is, because this is the worst thing you can ever go through, that you can suffer through, because people were hurting, were so mean to her and she felt there was nothing else to do.”

In fact, that's the message from the entire family.  The father, Rick, echoed the same sentiment:


"Even the bullies obviously need some help," he said. "They need to be aware that they have the right to that same help."

So, once again, and far too often, another young life has been lost to the rising scourge of bullying.  To continue to minimize what is obvious, that bullying and teen suicides have become an epidemic of epic proportion, is to assure that we'll keep seeing these occurrences on a near-daily basis.  And, that's unacceptable.

Someone pointed out that "writing about it and making 'It Gets Better' videos isn't enough.  I agree.  All of the efforts to stop bullying, from blogging to social media groups and pages to the It Gets Better campaign, are heartfelt and sincere.  And, to be sure, all of the efforts are having an impact.  I can state that factually based on emails I receive.  At the same time, more does need to be done.


Suicide Resources
National Suicide Prevention Lifeline
Befrienders
This video tribute does better than I ever could in saying how much Rachel meant to those close to her.  To the family and friends of Rachel, we wish you continued strength, courage, and love in the trying days, months, and indeed years that lie ahead.
Posted by ron kemp at 12:27 AM 2 comments: