Tori Swoape, 15, Death After Being Bullied

I now have information about the second of the five teen suicides from from midweek.  Fifteen year old Tori Swoape ended her life Wednesday, May 8th in Bloomington, Indiana.  According to her mother, and friends, Tori had been bullied. 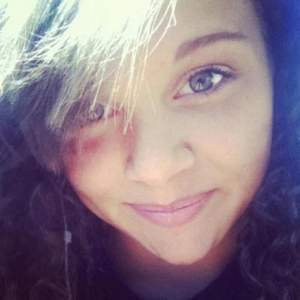 In what has become the normal response from "officials", Bloomington police Captain, Joe Qualters added:


“We still continue to investigate whether or not bullying may have been a factor in this case. However, we can find no direct relationship. It continues to be rumors circulating on social media sites,”


"We can't find a single incident where she was treated in a disparaging way. There are rumors and innuendoes, but we can't find an eyewitness who can say she was mistreated. She never made a report. I'm certainly not saying it didn't happen, but what I am saying is we cannot find anyone who can substantiate it,”

Yet, Tori, herself posted to her own facebook wall this message to her tormentors:


'IM NOT TALKING TO NO ONE. so go ahead and spread that RUMOR around! Keep my name out of your mouth. LEAVE MY BUSINESS TO ME!'

Why are the officials so reluctant to acknowledge that bullying is taking place, particularly when the bullying is leading to young lives being lost?  It is my opinion that these "officials" need to have their feet held to the fire.  They need to step up their own awareness, and they need to be reacting to every single instance of bullying that's going on.  Further, as has been suggested by one of the members of the facebook blog page, there should be an active anti-bullying club in every single school around the country.  It is up to us, the grieving families and friends as well as  the concerned citizens, to start holding these officials accountable.  To keep saying that "more needs to be done" is an empty statement if we don't have people willing to step up and start forcing the issue.
This has become a runaway train.  What I want to see in my lifetime is real action being taken to prevent these egregious events from continuing to happen.  There are people who are now saying that they're tired of reading about these teen suicides.  They're missing the point.  I don't love writing about another teen who took their life.  It's something that needs to be done.  It's something that needs to be done because every single person needs to be made aware that this is an enormous problem...in this country, and around the world.  Without awareness, even less would be getting done that it is today.  That's completely unacceptable.
I wish I didn't have to write this article about you, Tori.  You should still be here, enjoying your youth.  Rest in peace.
Posted by ron kemp at 7:29 PM 19 comments: